By Scoffer - April 17, 2015
I always find it hard to come up with an appropriate list for certain events and pick up games and as a result I tend to fall into the trap of just taking either one extreme or another. In particular I've found myself turning up to a tournament with a woefully inadequate build when I'm looking across the tables or I find myself in the opposite situation where I'm apologising to my opponent before the game even begins.

This became evident most recently when I went to a venue to participate in their escalation league match. Over the past few weeks we all started off with a 500 point game, went up to 1,000 points and then onto the 1,500 point limit. All of these are scripted scenarios with special missions and for my 1500 point game I was playing someone I have never met before so had no idea what I would be going up against. From asking around I found out two things about my opponent before our match, firstly they played Eldar and the second thing was that they had tabled both of their previous opponents and were in second or third place in the league. Armed with this information I went off to build my list mainly centred around what I knew of Eldar players. Figuring there would be multiple wraith knights and wave serpents I filled my Necron force with things I knew worked well against this type of thing and arranged my game with this mysterious player. 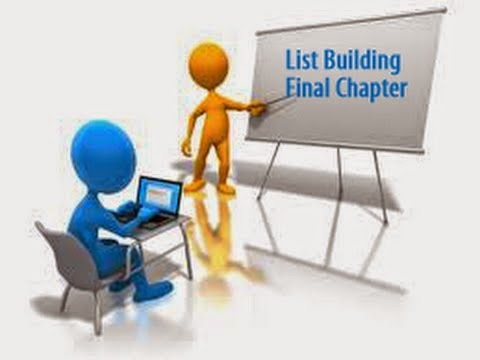 After meeting up with him and going through our lists I came to realise I had made quite a big
mistake going into this game. During the set up he rolled on something called "Eldar Psychic Powers" which I didn't know existed and though it was something from legends of old before summoning demons became the go-to Eldar tactics. I asked him what was in the wave serpent and then sat there while he explained it wasn't a wave serpent it was something called a fire prism. He also then went on to explain how the wraith knight actually has a number of weapon options and he had chosen something that was only a strength 6 gun. I watched as he set up all his guardians which were on foot and elected to deep strike some swooping hawks and outflank some striking scorpions. Since I was going first I realized the only thing that could do any sort of ranged damage to my armour 13 wall of death was the Fire Prism which I quickly dispatched turn 1. What followed were 6 turns of him removing models and me trying to keep it a "fun" game as much as possible for something that was very obviously one sided. He even had his kids rolling saving throws for him....

Suffice to say it was a terrible game for my opponent and although we laughed and joked all the way through the final score of 34-5 didn't surprise either of us. Talking to some of my regular gaming people (this would usually be replaced by the word friend but not sure if that is accurate) about the game in general it was mentioned just how nasty some of our lists had become in our local meta and mostly without us realising it. It just sort of happens and creeps up on you unexpectedly and you only really notice it when you play someone outside of that scene. In tournaments its not quite as bad as you tend to expect a few hardcore lists but this was set up more as a narrative campaign and probably wasn't the right arena for this type of game.

Our local meta has turned into something which breeds better players and over the last 12 months you can certainly see the effect it has had on certain players within our local gaming community. One person comes up with a list and trashes every opponent for a couple of weeks until someone comes up with a list to beat it, rinse and repeat. For me this does keep things interesting as you never know what type of things some of the devious bastards will come up with next, myself included as it promotes a healthy competitive environment even during friendly games. While we may not necessarily be using the most hotly debated net list out there we do come up with some pretty horrific combinations between us. Since most of us are aware of this we tend to expect hard games even for the regular mess around matches but taking this outside of our little gaming group I wonder what effect it has on people who don't really play on that type of level.

Tomorrow I'm off to a single day tournament in Doncaster and its somewhere I've never gamed before. From what I understand they have a small community of 40K players which is growing and this will be the venues first real 40k tournament using 7th edition rules. So far I've managed to come up with 6 different lists and have no idea which one I will be using. The first two I've dismissed as being completely broken and should be banned for any reasonable game. Two more had been discarded due to them simply being boring, the type of list you would use for an introduction game to show how the army works in general. I'm still undecided on how far I want to go with my list for this event as I have no clue at all what the local scene will be like. I'm torn between the fact that its a tournament and I want to try and win stuff and being labelled as "that guy" or just turning up with a friendly type of list and getting my ass handed to me by every opponent.

Either way it should turn out to be fun and interesting....