Why you should beat your kids

By Scoffer - May 14, 2015
Obviously I'm talking about beating your kids at 40k, not just actually beating them with a stick. Of course, some kids actually deserve being beaten with a stick but that is a whole different topic. I'm talking about teaching your children how to play 40k how it was intended to be played. Utterly crushing an opponent and achieving the maximum amount of victory points you are able to gain during the game.

Firstly I'd like to cover why you should teach your kids to play 40k in the first place, or indeed any
time of competitive game. I remember a few years ago being accosted by one of "those" types of parents while picking my sons up from school who accused me of bad parenting because I allow my children to play violent games at home and she would never allow her son (probably called Sebastian or Tarquin) to behave in such uncivilised activities. Instead of punching her in the face like I wanted to do I went on to explain, at length, why I allow my kids to play these types of games. While I agree these games are based in a setting where war, violence, burning of heretics and the occasional attempted genocide are common place its also a learning tool for children that can give them lessons they will need in later life. It teaches them maths when working out a list. Planning out actions and having to think 2-3 turns ahead for where they need to be turn 5 to grab objectives. It teaches them how to analyse a situation and how to figure out a way to use it to your advantage and above all it also teaches you that if you have to take risks you should minimize the impact of that risk. I've never been one of these "we are all winners" believers and if anything I think its complete crap that its acceptable to teach these things to kids at such a young age. My son once brought home a medal for sports day and when I asked him what it was for he simply said "it was sports day, we all got one" he then threw it in a corner and forgot about it completely. If everyone gets one it loses its value so is a pointless reward. Recognition should be earned and when it is they have something to feel proud about. 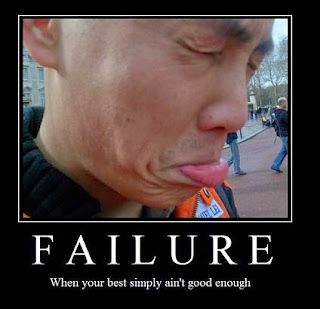 Back to 40k....my son and I had a 1500 point game about a month ago. He picked out his own force from his available Tau and I picked a sensible Necron army to play against him. We set up the terrain evenly, picked a mission and he deployed first. His fire warriors he deployed nice and neat in a perfect line between two buildings, his broadsides were at the front in the open where they could see and target any unit in my deployment zone and his kroot were on his back board edge vigorously defending an objective. 20 minutes later I had completely decimated his lines, smashed my way to victory and crushed any hopes he had of winning the game. I could have told him how vulnerable his fire warriors were out in the open. I could have also told him that the broadsides had longer range than I did so they would be safer at the back of field. I could have told him lots of things but I didn't. I showed him during that game what would happen if he decided to go with option A instead of option B. I showed him the decisions he has on the battlefield have consequences and by making a mistake during deployment someone who has played a lot of the game will take advantage of his mistakes and it will cost him models, objectives and even the game. This is why 40k can be used to further educate children in life lessons. By decimating his broadsides I showed him that putting them at the front where I could reach them with my guns I would kill them all and the consequence of losing that unit was that he no longer had any good fire support. By killing his fire warriors out in the open I showed him how to use contingency plans for his own stuff should the first plan fail and that by putting them in cover they are more likely to survive. By building his own list and using it he found out himself what are good choices and which are not. I could have told him all of these things before he started but he wouldn't have learned as much or forced himself to draw his own conclusions on how the game should be played. I could have also gone easy on him and given him a chance but then would he have really learned anything? He would have either a) left the table thinking he is a great player b) knew that I gave him a chance and feel cheated out of his victory or c) he would think his actions during the game and the list he had come up with were great. Neither of these are a good option so I chose instead to turn it into a teaching game where I would show him what to expect should he ever want to play with his friends. We could have "all been winners" but as I said earlier that gives them false expectations. Does this make me a bad father? To be fair, I did once tell my children that Santa wasn't coming this year because he had been arrested for benefit fraud (another life lesson learned!) but no it doesn't make me a bad parent. 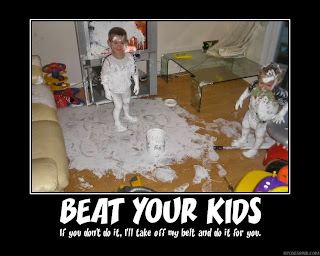 Did he enjoy the game? Of course he did, there were the tense moments when he would make his saving throws and I would taunt him before he rolled the dice. There was the usual dismay when shooting at something and rolling 7 1's to hit etc. The first thing he did after the game was ask me what he did wrong and what should he do next time. We then went back over some of the pivotal points and asked him himself what he should have done differently. He probably enjoyed the breakdown of play afterwards and talking tactics than he did actually rolling dice during the game. A couple of weeks after that we had another game and you know what happened? Well I still smashed him, he is 12 after all. But the point is he made fewer mistakes, he changed his list and dropped some of the units that didn't do so well in the first game and tried some other things. He thought about his turns more and muttered to himself things like "If I move there and don't kill that unit they will charge me". He enjoyed the game much more because he was teaching himself the tactics rather than doing what I told him to do. This time around I gave him a few warnings that may not be the best idea but didn't tell him way. He then had to decide to either do it anyway and find out the hard way or think his way through what would be the consequences of that particular decision. As a result of these types of games he will be thinking of the next game and what he should try differently in order to win. When he does finally win the game he will have achieved victory by himself through his own actions and tactics. His hard work will have paid off and it will be well deserved rather than a hollow victory that was handed to him. 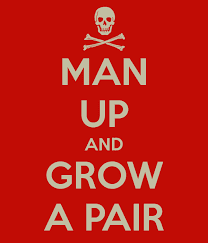 By teaching our children to play the game like this we are bringing in the next generation of players to the hobby. What kind of players will they be? Will they be the type that looks at a newly released codex and comes up with their own way of defeating it through their own logic and reasoning? Or will they be the ones jumping on the new release bitching about over powered units, codex imbalances and generally complaining about how D weapons have ruined the game and they should be banned? Will we teach our children that they only way to success is to create a an equally balanced playing field where everyone wins and its ok to lose as long as you enjoyed yourself or will we tell them to suck it up, stop crying like a bitch and deal with it?