When is your army actually finished?

By Scoffer - July 29, 2015
Gamers are hoarders, plain and simple. We all have those things that we bought and have no clue what to do with but it seemed like a good idea at the time. Or that pot of paint of nauseating blue, sickening pink or something similar that we never use but it would be absolutely perfect for some project you thought of doing 12 years ago and still haven't got around to yet. Not to mention bits boxes which could probably be used to build 3 entire armies and simply keeps growing no matter how often you organise and sort it out.

This became more apparent to me when I was going through my paint desk and deciding on what actually needed doing next. Rather than actually painting anything I decided to make a list of what needed doing. This turned into making a list of what I have and then into what I needed to purchase next. We all know making any sort of list of this type should never ever be done by a gamer. Adding prices onto how you have spent on the hobby over the years is a deep dark path that gamers should never set foot on. Ever.

Anyway, the reason I started compiling this list was because I can see the end of what I actually need to paint and I'm close to the mythical beast we gamers call a "completed army". It dawned on me that an actual fully completed army doesn't even exist but I've been telling myself that I'm getting very close. Panic set in and the inevitable question of "what's next?"

The list I came up with, in various stages of assembly, painting, basing and conversions looks something like the following:

50+ Warriors - 30 fully painted and re-based the rest in different states.
4 Ghost arks - 1 still to finish off the detail
2 doomsday cannons
9 annihilation / command barges - 1 still to assemble, the rest can be switched between the two 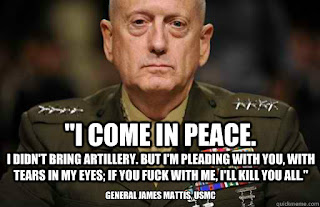 You look at this list and it seems like a lot. I look at it and think I don't have a Szeraz, I could do with some heavy destroyers, i need more Lychguard etc etc etc. This is only one the Necron side and doesn't include the various allies or the Dark Eldar painting project I have scattered around the house or the deathstorm, stormclaw, spacehulk, assassins game or my sons Tau army that still need painting and assembling.

One of the phrases I hear thrown around quite a lot at our local gaming venues is "I almost have a fully painted army". They keyword there being almost. Are we every really finished with an army and when do you define it as being complete? With the ever shifting meta there are some things that you need to keep up to date with and a new codex release might mean you have to purchase more stuff to compete with it but once you have everything where do you go from there? A new army? A new game system? More of the same stuff? I joked with someone last week that I probably have enough stuff to paint two different schemes and still have a viable force for both of them and looking at the list, its probably true.


I think to fully realize my dream of having a complete army its gotten to the point where I would need to have available and fully painted every conceivable list idea that I have ever come up with. That includes the 3 squads of 10 tomb blades, 5 canopteks harvests, 120 warrior spam list and everything in between.

It still seems like I have a long way to go before I'm done.