By Scoffer - June 15, 2020
I'm not talking about getting a particular rule incorrect or making a bad tactical decision here. I'm talking about coming up with something that will make your game more interesting and sticking with it regardless of the consequences.

The scale for this type of thing can vary wildly depending on the situation, the game or pretty much any other variable. To illustrate this point let me give you a few simple examples.

A while ago during a Star Wars Legion game I came across a difficult decision. Picture the scene...on the left is an objective and stood on that objective is a full unit of clone troopers who had been blasting my droids to pieces for the last 3 turns. Next to those clone troopers was Luke Skywalker. It was my turn and I realised that the wildly misunderstood Count Dooku was in charge range of both. From a tactical point of view I needed to remove the clone troopers for several reasons. The first thing that went through my mind was that the clones were holding an objective and clearing them off it would give me more points and enable me to win the game. Second, they had been using the droids for target practice and if I didn't remove them soon I wouldn't have an army left to continue playing. Thirdly, charging Luke would be a bad idea since he wasn't really doing anything, I didn't need to kill him to win the game and I wasn't sure if Dooku actually could kill him.

Obviously I charged Luke because it was cool. This actually made the game more interesting and harder for me to win but I obviously gained bragging rights and could ridicule my opponent for weeks afterwards. "Remember that time I ran across and made Luke eat his own lightsaber?". Fun times.

I find myself doing this sort of thing a lot during games from various systems because it gives a better story. I played a friend a while ago at 40k and he was using a unit he doesn't usually take. I fired one squad at it and left it on 1 wound but decided I should fire my other 3 squads at something else because we both wanted to see what the new unit did. We both knew I could easily kill it and that it would make tactical sense for me to kill it but we both silently agreed it should live for another couple of turns just to see what it did.

Going back a few years we had this going on a larger scale. Our role playing group typically used to cycle through different GMs to try out different systems. We would play a single campaign for a few months and let someone else try running a different game. It gave us all a chance to be a player and a games master and it wasn't just one person trying to create a story every week. One of our group really really really wanted us to play DC Heroes and none of us were interested. Weeks of pestering, badgering and outright bribery went by and so finally we gave in and let him do it. That's when things got interesting for us during the character creation and it started to become fun despite our initial reluctance to try it.

This was a typical super hero type game. You are all heroes, you have special powers and you must save the world. All pretty standard stuff so far. During character creation though you essentially had a number of points with which you could buy powers. More interestingly than this however is that you could also take disadvantages which gave you more points to spend on powers. I think the intention for this would be something like Superman having 10 points, flying takes 5 points, laser eyes takes 5 points leaving you with 0. Secret identity would give you 5 points back since its considered bad if anyone found out and you could spend those extra 5 on making yourself bullet proof. Pretty simple so far and many game systems have this sort of trade off but taken to extreme..... 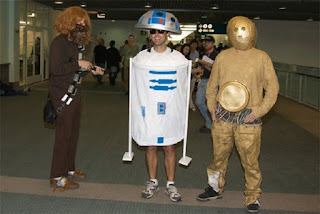 Enter the gimp squad! (names have been changed to protect the innocent)

Name: "The Spokesman"
The leader of our group was the typical dashing hero with high charisma, could charm anyone he spoke to, could fly and had an abundance of technical gadgets (think Batman type stuff). However, he was also afraid of heights, was unable to talk to women at all and was technically incompetent which meant half the time his fancy gadgets either wouldn't work or would do something unexpected.

Name: "Smashy"
Next up we had our Tank who was immune to fire damage, had the strength of the Hulk, was bulletproof and had an obscene amount of hit points. Of course to make himself this invulnerable to damage he took the pacifist trait, was scared of loud noises so would run away if startled and was instantly recognisable.

Name: "Wet Noodle"
For DPS we had some sort of water elemental who could summon water, direct it into an aqua blast, create tidal waves, breath underwater, swim 100mph and could talk to sea creatures. To offset this they made themselves allergic to water. This allergy was so extreme that if a single drop of rain landed on them they would swell up to the point where they couldn't see, move or talk for 3 hours.

Name: "Doc"
Our healer was a doctor who had x-ray vision for spotting broken bones, some sort of nano technology which could heal wounds and a massively high IQ. Downside was that she was a doctor of psychology rather than medicine so if someone was wounded they would spend longer asking them how they felt about it rather than actually treating them. She also had the ability to empathise which would often be used to "feel the patient" which often resulted in her turning into exactly the same damaged state as her patient.

Name: "Infil traitor"
Finally we had an alien being who could morph themselves into any creature or person they had seen and could stun people with a glance.  Think mystique but able to do elephants. For a downside they had a split personality so would often switch sides during the battle and they also had memory gaps so even though they could technically turn into anyone or anything they could only remember the person they were looking at 10 minutes ago.

So off we go on our first adventure to stop a bank robbery in progress that The Spokesman had heard about on his fancy police radio scanner. After turning up to the wrong bank due to a radio malfunction we spend 20 minutes trying to find the correct bank that is being robbed and finally get there. The Spokesman flies in through the door and boldly tells them they are all under arrest. Obviously he only flies in 3 inches off the ground so he doesn't get vertigo. When he gets there though he realises one of the robbers is a woman so he stands there stammering for a few mins instead until Smashy bursts through the doors. One of the robbers takes a shot at him and misses but it startles him so he spends the rest of the heist trying to hide behind a large plant in the corner. Wet noodle tries to disarm all the robbers by firing a jet of water like a hose pipe to knock them all down but splashes himself and goes into anaphylactic shock but its ok because Doc goes to save them by trying to talk them out of it. While this is going on Infil Traitor has stolen a get away car and is escaping with the other robbers.

We played that system with those characters for 6 months and it was awesome. As gamers we often get locked into the mindset of "how do I win this?" rather than just playing to have fun or creating a fun story that is talked about for months afterwards. So next time you come up with a perfect plan that will guarantee victory see if you can come up with an interesting twist instead. 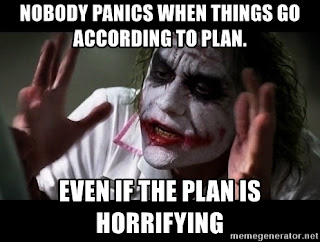 By Scoffer - June 25, 2020
With a new edition of 40k around the corner and with Games Workshop (GW) finally using external play testers for their systems I recently stumbled across an interesting discussion. Rather than me giving my thoughts on the matter, instead I'm just going to present the options and let you folks decide for yourselves. I think this will eventually end up in the bucket of other unresolved questions regardless of the amount of debate around it but thought it was unique situation either way. The Issue As previously mentioned GW have started using external play testers for the new system and this obviously includes the new edition of 40k. If you check out their community pages many of the faction focus articles are not written by GW staff. Instead, these are written by certain community members who were testing these rules and it gives their personal opinion on those factions. While we all sit and eagerly wait the new system to arrive a certain team for the WTC (World Te
Read more