There is no denying that gaming can be an expensive hobby but is it good value for money? We all pay for entertainment, most of the time without actually thinking about it. Whether it be a subscription to a streaming service, drinking with friends or paying a couple of hobos to fight in car park of the local grocery store we put a value on our entertainment and i was curious to how gaming measured up even taken to its extreme.
For this completely accurate and in no way made up science experiment we need a baseline. An estimated cost that normal people would be willing to pay for entertainment and the best way to get this is to start randomly googling the cost of whatever I think may support my argument regardless of how relevant it is.
First on the list we have the good old fashion Cinema visit. For those younger people who may be reading a Cinema was once a mythical place people would go to and pay to watch movies on a big screen without needing an internet connection. The sticky carpets, the smell of popcorn, the dirty looks given to those people two rows in front who won't shut up, nothing beats the Cinema but how expensive is it? At a rough estimate a regular adult ticket will cost you around £14 and with movies tending to be 2-3 hours long we can baseline this to around £5 for an hours entertainment. This obviously doesn't include snacks, drinks, fuel expenses to get there or the parking fine you received when you get back outside but £5 an hour seems reasonable for this. 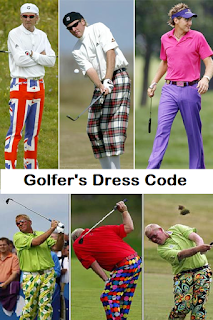 Now that we have our baseline, how do we quantify entertainment for a gamer and how does this compare to our £6.50 baseline? For video games this is fairly easy to do as many will have ways to record play time so lets look at some examples.
Total War: Warhammer 2.
This was released towards the end of September 2017 and costs £40. Since it came out however there has been a total of 17 DLC's for this game, 9 of which were free but the other 8 range in price from £7 to £15 so if you were to buy the base game and all the additional content that has been produced since release you are looking at £107.42. Now obviously you don't need all of the DLCs and the total cost for everything may seem a little high to most folks but according to my steam page I have played that game for a total of 245 hours. Or using the same formula above it has cost me roughly £0.44 per hour of entertainment.
Battletech
This is another one with a similar story. The base game on steam right now is £34.99 and there are 3 DLC's available each costing £15.49 for a total of £81.36 but I've clocked 224 hours into it giving me a cost of £0.36 per hour of entertainment.
In both of these cases its clear that these have been great entertainment value and well worth the price even if it does seem a little high at first. Now lets take that to the extreme....
There is a game called Shroud of the Avatar (SOTA) which is an MMO developed by Richard Garriott of Ultima fame. Sota has a reputation at the moment of having a massive issue with real money trading which puts a lot of players off playing it. In reality however the game is free to play and everything you can buy is cosmetic only but there is a lot of it. And i do mean ALOT. To give you some background knowledge there is player housing. You start by gaining a Row lot deed through a quest which is considered a starter home. You can then upgrade this to a village size home which is roughly double the size (you can also get through doing more quests...). This continues through Row > Village > Town > City > Keep > Castle. Part of this game you can also purchase a player owned town which is a static location on the world map and other people can come and place their deeds in your town. Why am I telling you all of this? Because the biggest town size you can buy currently costs $9,000 (£7,072) and can house up to 200 village size lots. To most people, that price seems obscene and they would be right. There are other factors involved in that you can sell off in game items (even gold) for real cash and i do know a few people who actually play the game as a business either through trading or power leveling services but for the average player seeing something on the store for $9,000 is rage inducing and clearly no one in their right might would pay that for something digital.
That being said....I've been playing Sota for almost 6 years and according to steam:

Yes that is almost 10,000 hours played so using the entertainment baseline if I were considering becoming a town owner (which i'm not) and wanted to spend that kind of cash on a game (which I don't) and i could afford it (which i can't) it's still technically less than £1 an hour of entertainment. Even taken to this kind of extreme its less than Bowling, Golf or a trip to the Cinema.
So is a new game really worth £50 when it comes out? Probably.
Now lets switch this to table top gaming using something similar.
I'm not going to do a full break of the cost of an army because I know some of you want to stay married but lets put a number on it of around £400. Obviously this is slightly arbitrary as some armies and game systems will vary wildly but it seems a nice round number. For those husbands and wives who are reading because your partner plays but you don't, then you should be aware that a full army bought from a gaming store is usually about 90% the cost of this and you can get a full army for about £37....ahem.
Anyway, now we have a rough cost for the army consider the entertainment time this will give you. From building, painting, playing, list building, reading rules and background, talking to friends about how it was built, painted, plays, history, etc etc How much entertainment do you get for your models? To give one example I saw a memory on facebook from 5 years ago where I had posted up my first squad of 5 deathmarks and asking what people thought of the colour scheme. Curious I checked the GW website and saw them listed as £25 for 5 models. Has that £25 given me an appropriate amount of entertainment? Absolutely.
So with GW just announcing their intentions of increasing their prices take a moment and consider the cost of entertainment. Before flying into a homicidal rage because you have to spend another £30 on a rule book for this edition of 40k ask yourself are you are getting enough entertainment for your money? Now I've justified the cost I'm off to try and convince the wife I need another Necron Seraptek Heavy Construct...
Thoughts Video Games